Harry E. Flickinger was a draftsman for the City of Tacoma in the 1940s. One of Flickinger's few appearances in the historical record was in a profile for the Tacoma Times with an accompanying photo by the Richards Studio of the designer sitting in front of a detailed custom model train set. 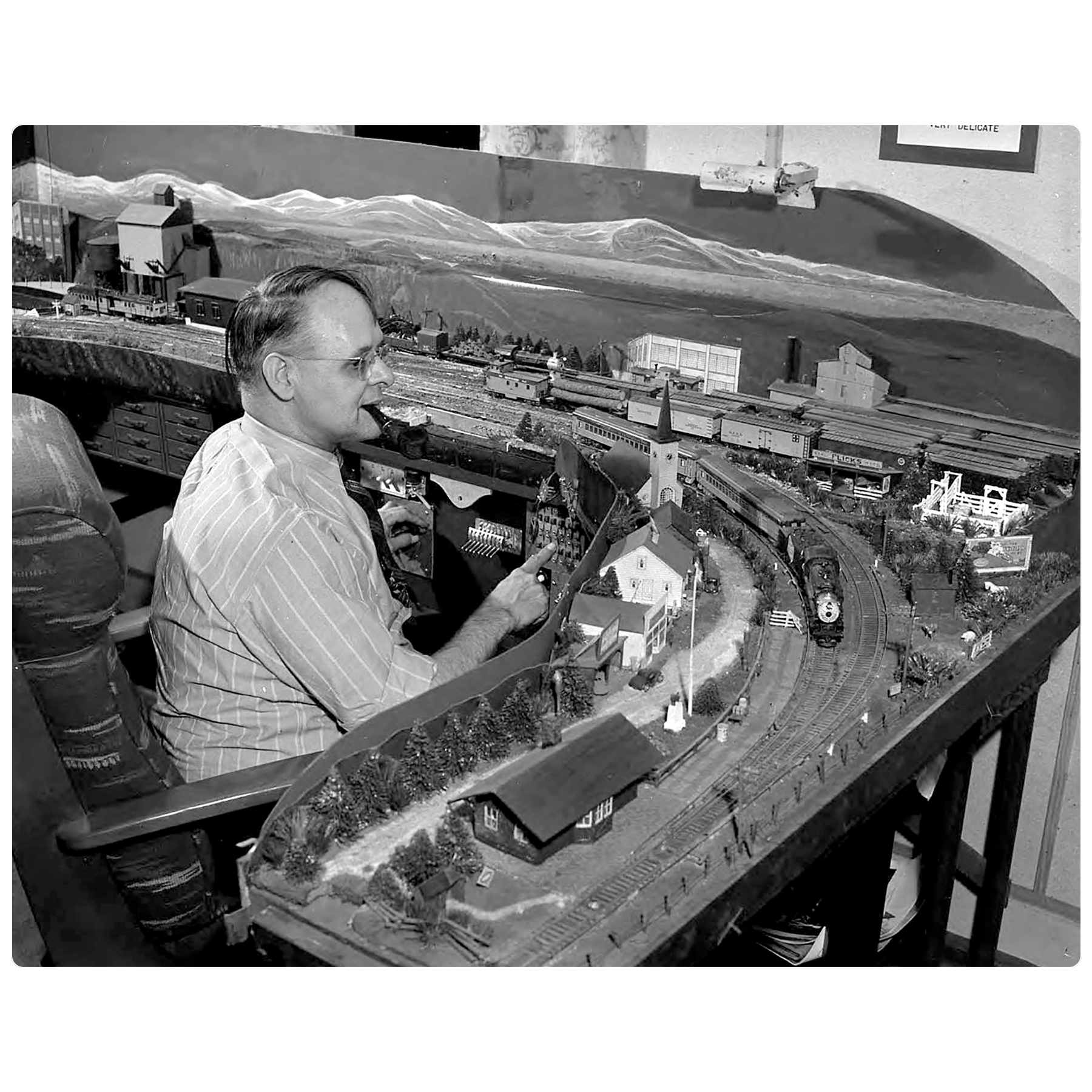